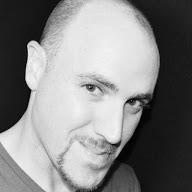 JOEL SAUVÉ portrays Bjorn in lead vocals and acoustic guitar. Joel is a highly versatile and accomplished musician, with performance experience in guitar, bass, percussion, and sax, and of course, a voice that just makes you want to hear more. He developed his musical career in the Montreal area, studying music at Concordia University and connecting with musicians with similar tastes to solidify himself as part of the Montreal music scene, including power trio The Vague, which he put together and established himself, and Playing with Diana, which brought him some notoriety in the region.  All over the city, in venues big and small, Joel performed covers as well as original music, staying true to rock and alternative influences from Led Zeppelin to Pearl Jam, The Tea Party to Bjork, Beck to The Queens of the Stone Age. Joel's favourite ABBA song is Ring Ring, perhaps due to the Beatles-like groove, or the surfer-style drum beats, or the lyrics which remind us about a sign of the times...no one stares at their phone on the wall anymore.